Judicial System or the court system is also the Judiciary System. The court has the power to make decisions and also enforce the law, solve disputes. Judiciary system consists of Judges and other magistrates, they form the bench or the core of the judiciary system.

On 26 January 1950, the Indian Constitution was written and it is worlds largest constitution written. The constitution is the source of law in India and also the supreme law of India. Judicial System of India consists of Supreme Court, High Court, District Court or Subordinate Court.

Under the constitution of India, the supreme court is the final court of appeal. Hence has the chief justice of India, including 30 judges and other judges for advisory jurisdiction. Unsolved or still in dispute cases are leveled up to Supreme court to reattain justice. If the supreme court declares a law it is binding on all other courts of all States and Union territory. Every court building has 15 courtrooms. the Eligibility to become a Chief justice is:

Learn more About Our Criminal Justice System here in detail Under the constitution of India, every state should regard to one high court. Mumbai high court id the oldest high court in India. Every High court has 94 judges out of which 71 are permanent and 23 are additional judges. High court deals with economic issues and legal documentation. These courts also have an additional set of legal professionals. Eligibility for a high court judge is 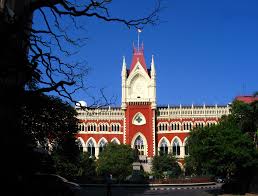